‘Once Upon a Time, Over the Gravity Well and Far Away: a diptych’, oil on aluminium, 90X145cm each, 2021
This is one of the most important commissions I have done to date as it is for Jennifer Goldsmith-Grinspoon and David Grinspoon. David’s books (EARTH in HUMAN HANDS, Chasing New Horizons), science and philosophy have been instrumental in shaping my creative practice and my worldview.
I wanted the diptych to capture the unique fairy tale-like quality of Arecibo telescope’s ( The Arecibo Observatory) brief existence, its wondrous discoveries beyond our gravity well, and its rather dramatic conclusion.
I chose the title of the diptych from Ian M Banks, ‘Use of weapons’ a Culture novel, where Zakalwe the main protagonist tells a despot on a planet far, far away a story which at first appears to be a fairy tale but is really a description of Culture, a utopian, post-scarcity space society of humans, aliens, and advanced superintelligent artificial intelligence living in artificial habitats spread across the Milky Way galaxy. , ‘Once upon a time, over the gravity well and far away, there was a magical land where they had no kings, no laws, no money and no property, but where everybody lived like a prince, was very well-behaved and lacked for nothing. And these people lived in peace, but they were bored because paradise can get that way after a time, and so they started to carry out missions of good works; charitable visits upon the less well-off, you might say; and they always tried to bring with them the thing that they saw as the most precious gift of all; knowledge; information; and as wide a spread of that information as possible, because these people were strange in that they despised rank, and hated kings . . . and all things hierarchic’
I chose a quote from this book as the title for the diptych for not just the obvious hope one has that someday we humans might achieve, or at least set ourselves on the path to, the hopeful future powered by knowledge as imagined by Iain M Banks in his Culture series.
The title and the source of the title become significant for me as I find the same sense of joy in knowledge and optimism regarding humanity’s future in David Grinspoons books. 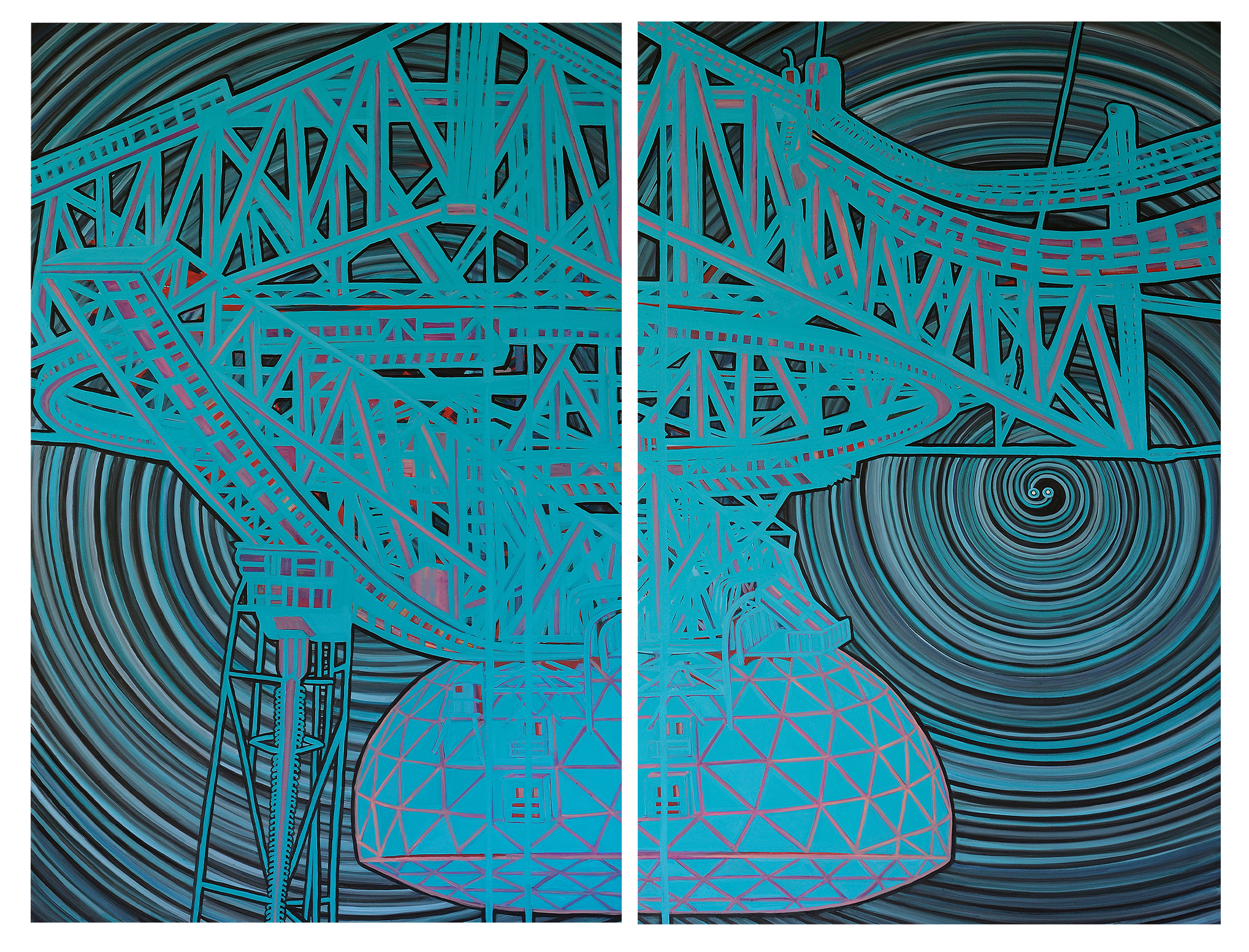